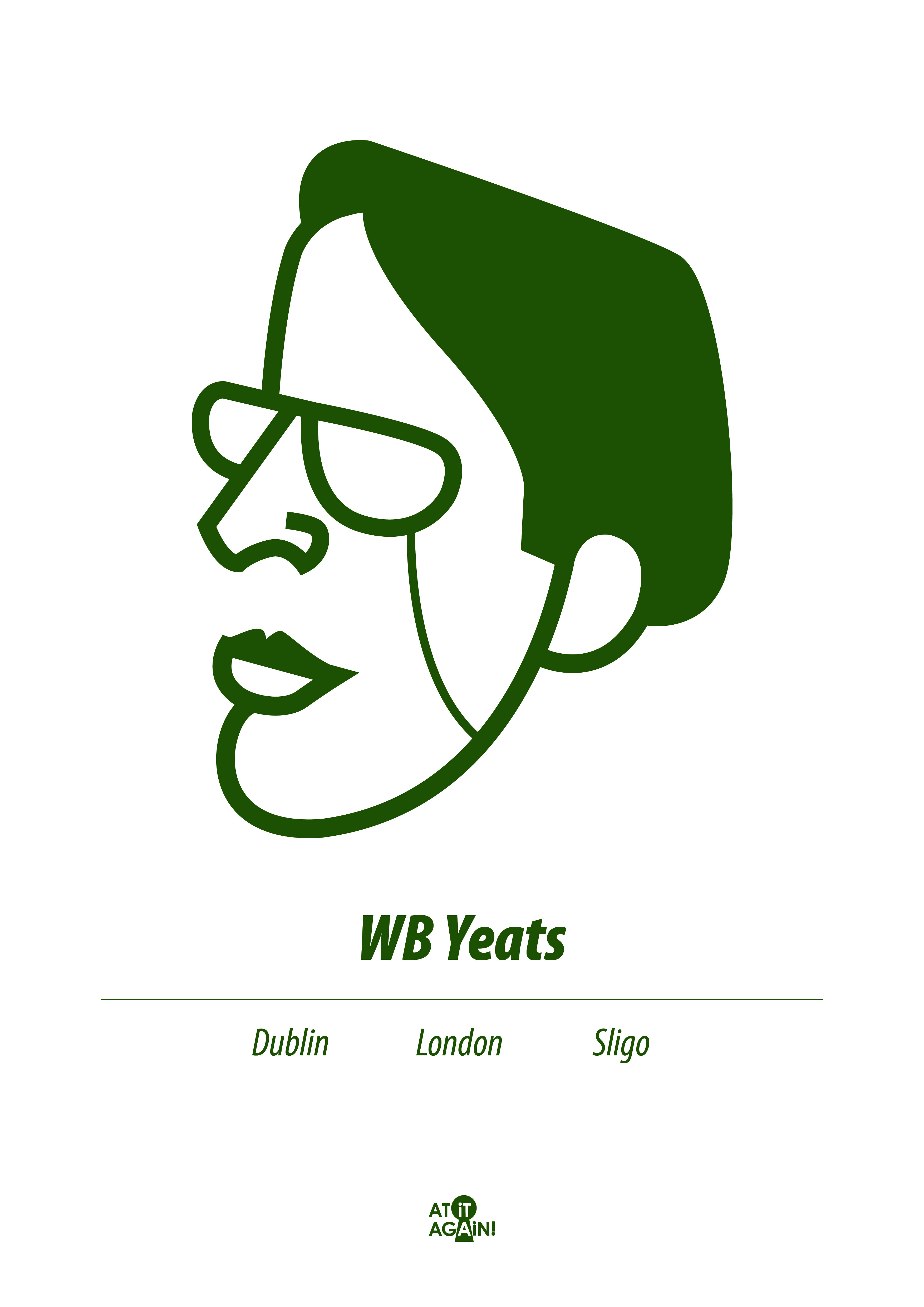 This cool Irish Writers A3 print by At it Again! features a stylised image of WB Yeats, the author of The Lake Isle of Innisfree, and places of significance his life. Perfect for birthdays, St Patrick’s Day or other special occasions.

Son of artist John Butler Yeats, William lived part of his childhood in London where his father was studying art. His summers were spent with his grandparents in Sligo which inspired many of his later works. He followed in his father’s footsteps becoming an art student in Dublin but abandoned this career in pursuit of writing after publishing his first poems.

Returning to London he met fellow Irish writers Oscar Wilde and George Bernard Shaw. He got involved with the fight for Irish independence through Maud Gonne, an Irish nationalist, who would become his muse. Yeats won the Nobel Prize for Literature and continued writing till his death in France. His body was later transferred to its final burial place in Drumcliffe, County Sligo.