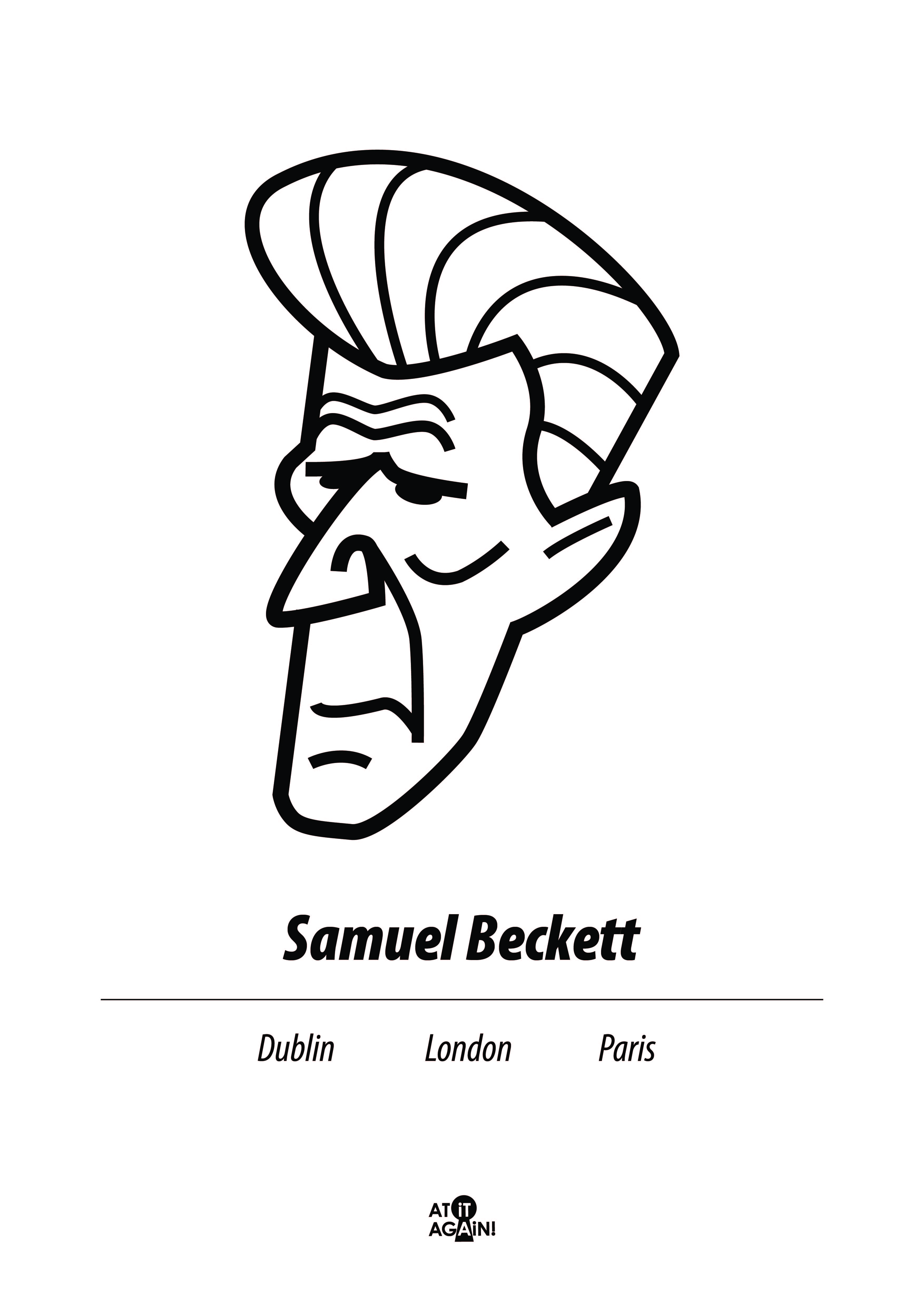 This cool Irish Writers A3 print by At it Again! features a stylised image of Samuel Beckett, the author of Waiting for Godot, and places of significance in his life. Perfect for birthdays, St Patrick’s Day or other special occasions.

Born into a Dublin middle-class family, Samuel Beckett was sent to Portora College in Enniskillen at age 14, where Oscar Wilde was a former student. After graduating from Trinity College Dublin, he travelled throughout Europe including London teaching and writing before settling in Paris.

There he met James Joyce and his future wife, Suzanne Dechevaux-Dumesnuil. During WWII, they both worked in the Resistance until they had to flee from the Gestapo. He produced his most famous works after the war starting with the success of Waiting for Godot and establishing the genre of the Theatre of the Absurd. Continuing to write mainly in seclusion, he won the Nobel Prize for Literature in 1969. After suffering from declining health, he died in 1989 and is buried in Montparnasse Cemetery.