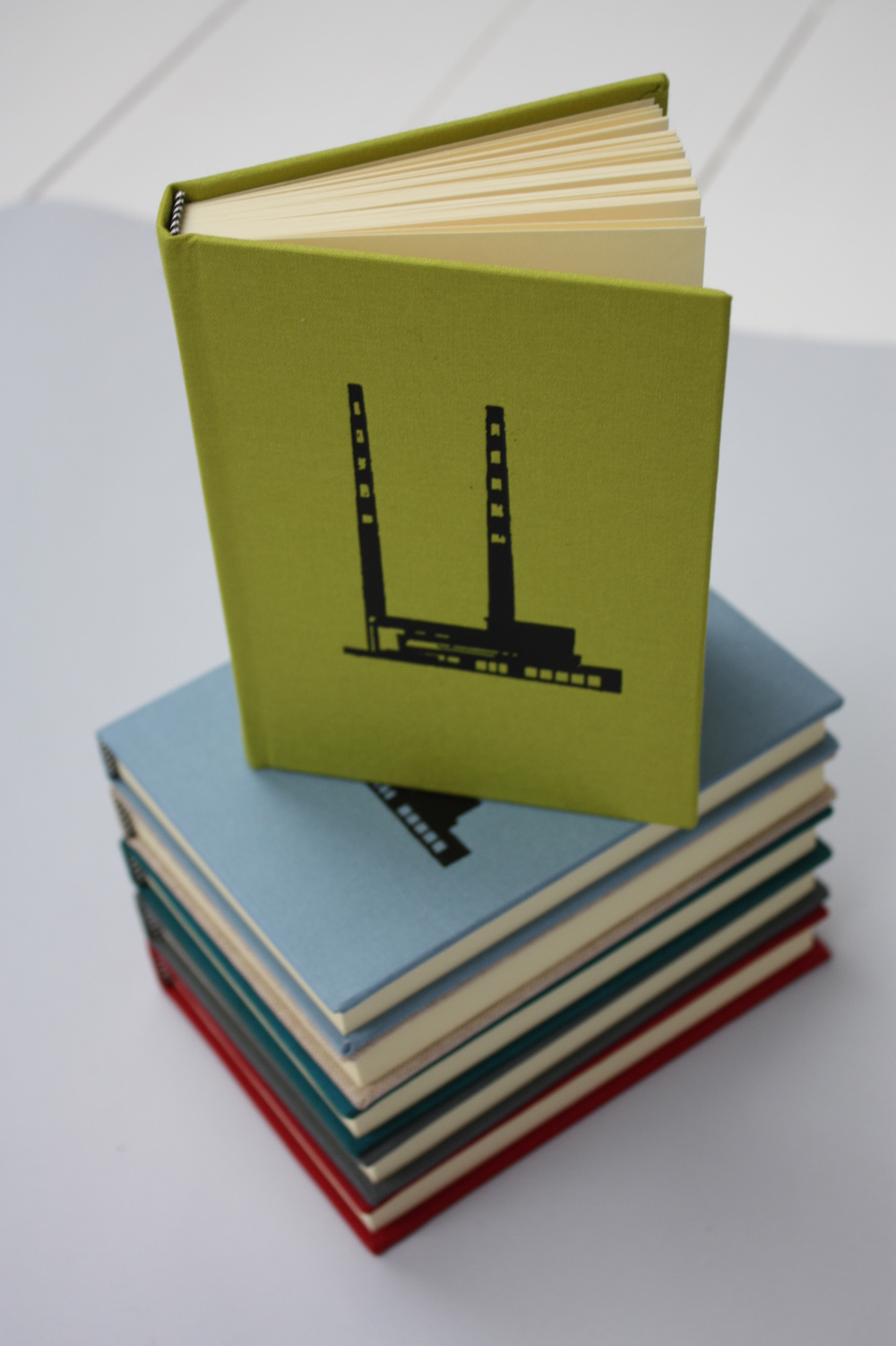 From a family of traditional bookbinders, Duffy Bookbinders was established in 1970.
The notebooks are blank paper and hand bound in a range of different colour cloths.

“Paris has the Eiffel Tower….
New York has the Statue of Liberty…
Dublin has the Poolbeg Chimneys.”

When these two disused power station towers were being built in
the 1960s, they were seen as a blot on the Dublin coastline but
over the years have come to mean a lot more. The chimneys are
among the tallest structures in Ireland and are visible from
most of Dublin city. They’ve now become iconic to Dublin.
When you fly into Dublin and you see the Poolbeg Chimneys,
you know you’re home.

Jam Art Factory was set up in 2011 by brothers John and Mark to
showcase the work of up and coming Irish based artists and designers.

This notebook has been bound by hand by Duffy Bookbinders in their
bindery in Seville Terrace, Dublin.”