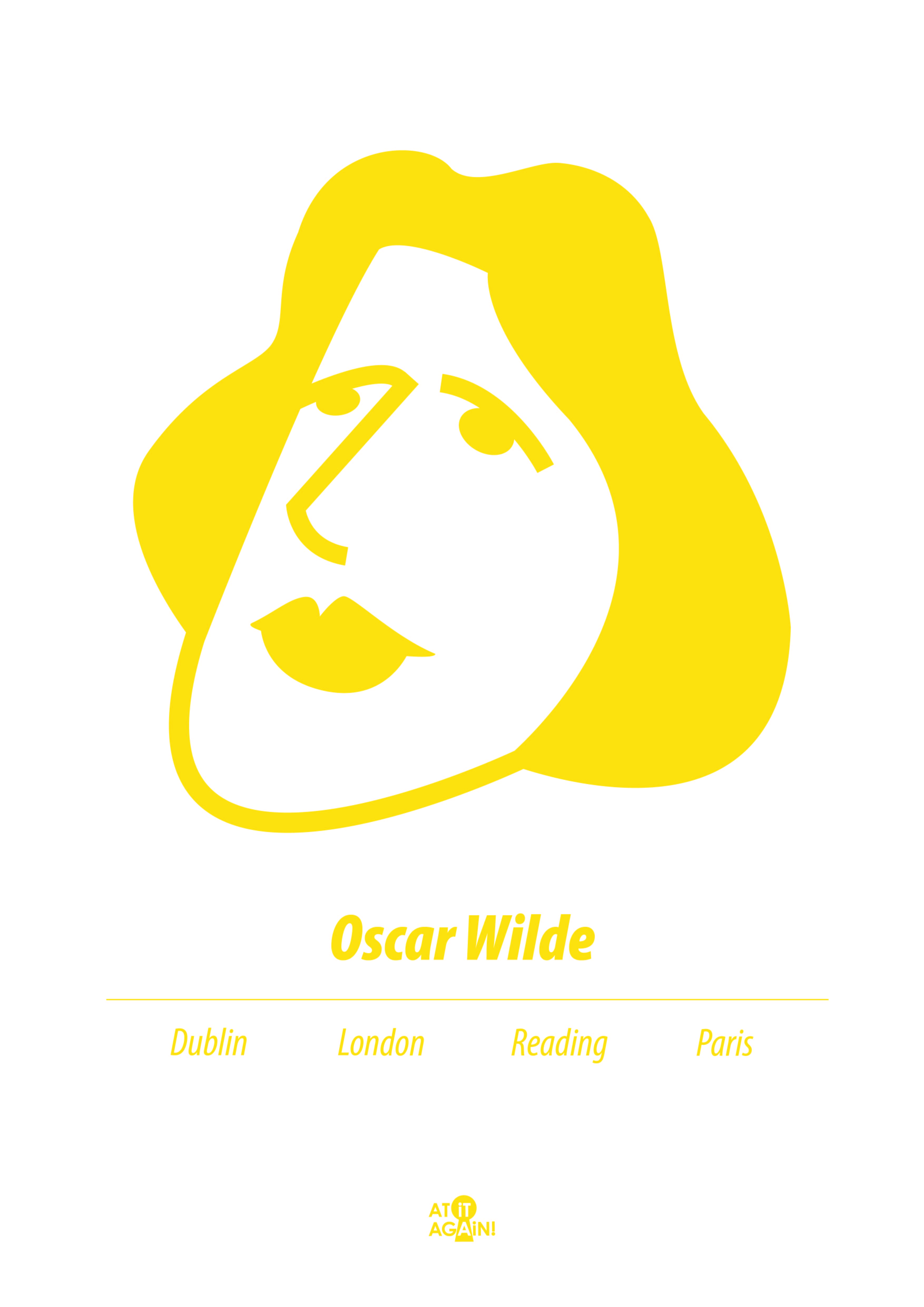 This cool Irish Writers print by At it Again! features a stylised image of Oscar Wilde, the author of the Picture of Dorian Gray and The Importance of Being Earnest, and places of importance in his life. A perfect gift for Wildean wits, lovers of books and Irish culture on birthdays and other special occasions.

As a child, Oscar Fingal O’Flahertie Wills Wilde absorbed the best of Dublin conversation at his mother’s literary salons. He moved to London, married Constance Lloyd and dazzled high society with his sparkling wit. Seduced by their lodger, Robbie Ross, Oscar embarked on a secret homosexual life. He supported his extravagant lifestyle by writing four successful plays and editing Woman’s World magazine.

But a tempestuous love affair with Lord Alfred “Bosie” Douglas led to a notorious court case. Oscar’s double life was exposed and he was jailed for two years. On release, he ended up in Paris. Dying in a run-down hotel, he remarked my wallpaper and I are fighting a duel to the death. One or the other of us has to go.