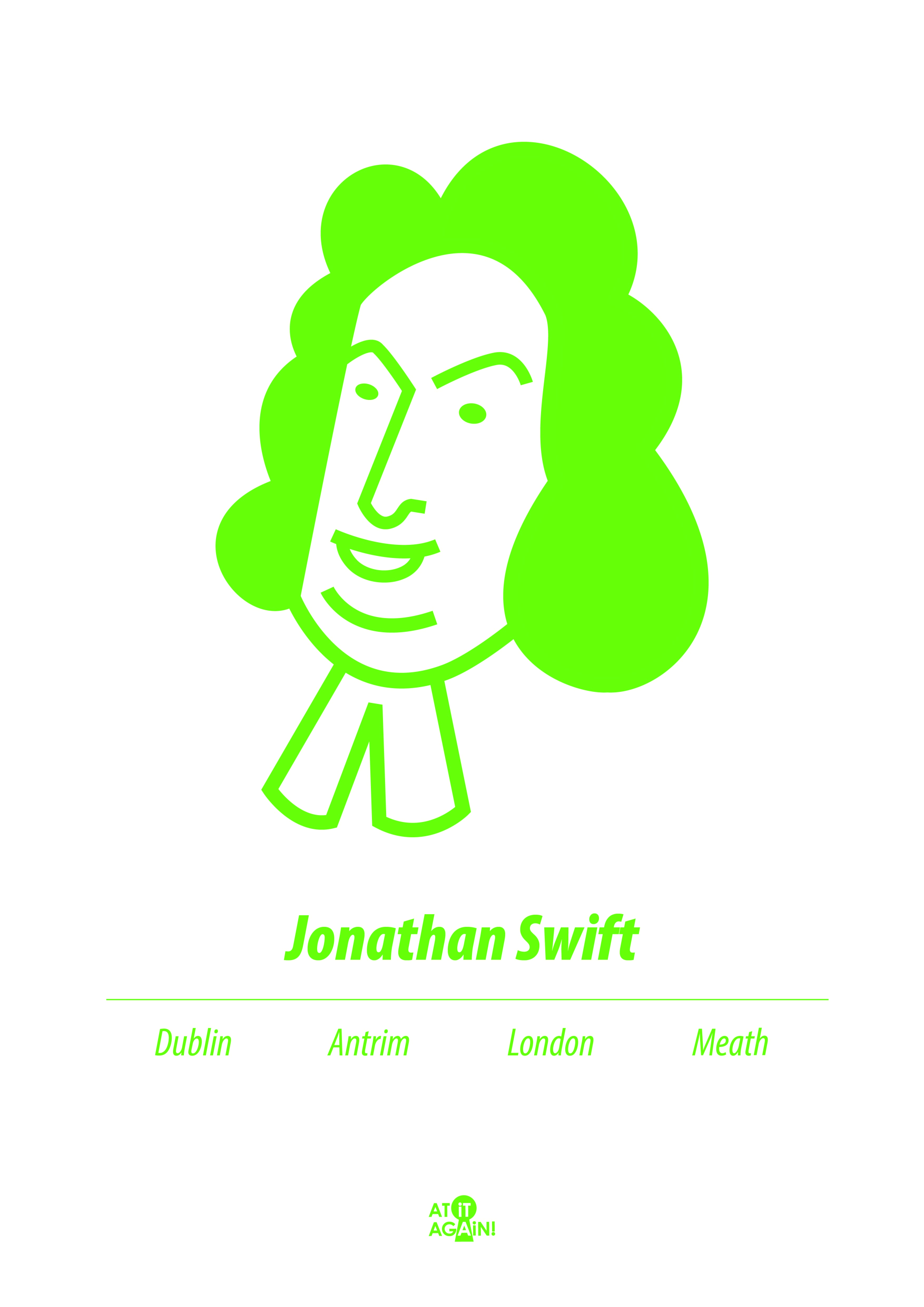 This cool Irish Writers A3 print by At it Again! features a stylised image of Jonathan Swift, the author of Gulliver’s Travels, and places of importance in his life. A perfect gift for birthdays, St Patrick’s Day or other special occasions.

Born fatherless and fortuneless in Dublin, Jonathan Swift’s uncle had him educated at Kilkenny College and Trinity College Dublin. Political upheaval forced Swift to flee to England where he worked as secretary to diplomat William Temple at Moor Park, Farnham in Surrey. Ordained as a priest in Ireland, he also spent time in Kilroot, Country Antrim, Laracor and Trim in County Meath.

As chaplain to a Lord Justice of Ireland, Swift travelled to London. There, his poison pen made him famous but also created powerful enemies as he attacked politicians and aristocrats. A regime change saw his political allies tried for treason. Luckily for Swift, he had just been sent to Dublin as Dean of St Patrick’s Cathedral where he was later buried.